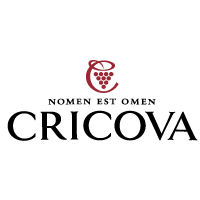 "Cricova" JSC is a pearl of the Moldovan wine that represents an unique underground city well-known all over the world by its huge labyrinths, and especially by its excellent wines. "Cricova" is the first winery in Moldova which makes sparkling wine as it was prepared by the monk - wine maker Pierre Perignon. The technology "Méthode Traditionnelle" is a complex and thin process, consisting in secondary, in-bottle fermentation and the subconsequent maturation "cuvée".

The displayed prices do not include transport to the winery, which can be arranged upon request for an extra charge.

Cellars of Cricova are the house of a remarkable collection of wines – The National Oenotec. This comprises a series of unique historical exhibits, for example the world's only bottle of the priceless "Jerusalem of Easter" vintage 1902. German Field Marshal Hermann Göring’s private collection of wine is also there. It was brought to Moldova by the general during WW II to be close to him at the Eastern front. Politicians, celebrities, and collectors from around the world have special collections here. Including, John Kerry, Vladimir Putin, and Angela Merkel. At this moment, the Collection is formed from about 1,3 mln. of bottles. It is hard to say a concrete figure that would correspond to its real price.

Cricova Cellars are a really remarkable place of the world, where history, archeology and art of winemaking are united into one, thus they gave birth to such miracle as Subterranean Galleries, a real Subterranean City. Avenues, streets, lanes...only the names they carry are unusual: Cabernet, Dionis, Feteasca, Chardonnay, Sauvignon...; according to the wine variety kept in oak casks found in the adjacent niches. These are situated at a depth of about 80m (90 yards) under the ground, with subterranean galleries that stretch out at a length of more than 70 km (43  miles). Cricova has been declared a national cultural patrimony by law. "Cricova" enterprise is the only Moldavian company that was granted the highest recognition - the Order of the Republic.

Tastings are held in one of the 5 underground tasting halls: "European Hall", "Casa Mare", "Sea-Bottom", "Presidential Hall", "Fireplace Hall". These big halls are spacious and likable. Cricova Cellars will certainly leave a strong impression and unforgettable memory to each visitor.

Amenities and other services

(Underground city) includes only a guided winery tour, no wine tasting ***The indicated price is per person.

includes a guided winery tour, a tasting of 3 types of wine. For wine tasting are offered: walnuts, crackers and mineral water. ***The indicated price is per person.

includes a guided winery tour, a tasting of 6 types of wine. For wine tasting are offered: cheese plate and mineral water. ***The indicated price is per person. Min 3-4 people in group

includes a guided winery tour, a tasting of 4 types of wine. The wines are paired with a 3 course traditional dinner. ***The indicated price is per person. Min 4 people in group

includes a private guided winery tour. ***The indicated price is per person. Min 4 people in group

includes a guided winery tour, a tasting of 8 types of wine. The wines are paired with a 4 course traditional dinner. ***The indicated price is per person. Min 4 people in group

includes a guided winery tour, a tasting of 9 types of wine. The offer includes also a dinner with 9 local and European dishes. ***The indicated price is per person. Min 4 people in group

Request successfully sent. Filling in the form is not considered a confirmed reservation. You will be soon contacted for details. Thank you.

Thank you for booking with us!

Got it
Important details regarding your booking

The booking of services in the portal is not considered immediately confirmed, is subject to availability. You will receive an email with the booking details and later on (within 48 hours) you will informed about your booking status (confirmation or non-confirmation) within 24 hrs. If you have not received an email from us in due time, please check spam folder or contact us at +373 79555633 (Mon-Fri 09:00-17:00).

VAT at the legal rate included; additional purchases/orders on-site have to be paid separately.

The full amount of your booking will be charged to your credit/debit card only after the confirmation of availability of the partner(s).

Cancellations less than 24 hrs prior the experience / check-in date or no shows will be charged with a 50-100% cancellation fee, depending on the type of services.

50-100% no-show fee will be charged, depending on the type of services.

Continue browsing
Write us a message

Leave your message in the form below, and we will get back to you shortly by email.

Thank you for your message. Soon we’ll get in touch with you.